Lynnette “Squeaky” Fromme’s competency was evaluated after she sought to represent herself in the 1975 attempted murder of President Gerald Ford. Under the legal standard at the time, one had to be nearly “a babbling idiot” to be found incompetent, in the words of the prosecuting attorney. In May 2014, nearly 40 years later, the 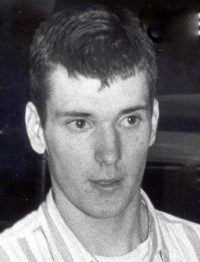 Thomas Shay was one of two men convicted in a 1991 bomb explosion that killed one Boston police officer and maimed another. Prosecutors contended that the bomb was intended for Shay’s father. Shay was a troubled 20-year-old from an unstable background when he underwent a competency evaluation at Bridgewater State Hospital in Massachusetts. Although he

The case of Ralph Tortorici provides another classic example of what happens when an incompetent defendant is allowed to stand trial. Tortorici was psychotic in 1994 when he injured a fellow student during a hostage takeover at the State University of New York. He underwent competency restoration treatment and was eventually deemed competent to stand

Colin Ferguson, on trial for his Long Island Railroad massacre, rejected the insanity defense proposed by his attorneys. After a report from a court-appointed psychiatrist, the trial judge found Ferguson competent to stand trial and allowed him to represent himself. [Note that this outcome may have been different today, in light of the U.S. Supreme

Theodore Kaczynski objected to his attorneys’ strategy of using a mental illness defense at his trial, so he asked to represent himself. The court appointed Bureau of Prisons psychiatrist Sally C. Johnson, M.D. to evaluate the confessed Unabomber’s competency to stand trial. Dr. Johnson concluded that Kaczynski was competent. The news media was able to