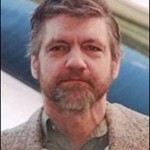 Theodore Kaczynski objected to his attorneys’ strategy of using a mental illness defense at his trial, so he asked to represent himself. The court appointed Bureau of Prisons psychiatrist Sally C. Johnson, M.D. to evaluate the confessed Unabomber’s competency to stand trial. Dr. Johnson concluded that Kaczynski was competent. The news media was able to get her 1998 report unsealed, although some portions are redacted. Ultimately, the judge found Kaczynski competent but denied his motion to represent himself as untimely. Kaczynski pleaded guilty and was sentenced to life imprisonment without the possibility of parole. He later appealed, unsuccessfully, on the grounds that his plea was coerced. In an eloquent dissent, 9th Circuit Justice Justice Stephen Reinhardt discussed the tensions between the right to represent oneself and the constitutional guarantee of a fair trial. “The government [was] spared the awkwardness of pitting three experienced prosecutors against an untrained, and mentally unsound, defendant, and conducting an execution following a trial that lacked the fundamental elements of due process at best, and was farcical at worst,” he wrote.