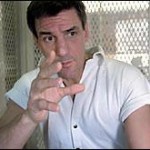 Although competency to stand trial is the most commonly assessed competency in the criminal arena, competency to be executed is another type. The U.S. Supreme Court has ruled that it is cruel and unusual punishment to execute someone who does not understand why he is being put to death. Scott Panetti, a Texas man with schizophrenia, thinks the government wants to kill him to stop him from preaching the gospel. Panetti was allowed to represent himself at trial despite being floridly psychotic. Wearing a purple cowboy suit and mimicking a John Wayne character called the Ringo Kid, he blamed the 1992 killings of his parents-in-law on another personality named “Sarge.” He tried to subpoena Jesus Christ, the Pope, and John F. Kennedy. In 2008, a U.S. District Court found Panetti competent to be executed. Although I am not aware of any publicly available competency reports in this case, an online video produced by the Texas Defender Service is educational.