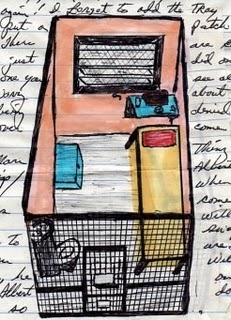 The exponential growth in super-maximum security prisons and Security Housing Units (SHU’s) has led to a concurrent rise in psychotic symptoms among prisoners. These symptoms may mimic those of schizophrenia, but with the crucial distinction that they are rapidly reversible. Unfortunately, prisoners suffering from segregation-induced psychosis may be misdiagnosed as suffering from a more chronic mental illness, rather than from a temporary, environmentally induced condition.

Psychotic symptoms among individuals subjected to solitary confinement has been observed as far back as the early 1800s. Between 1854 and 1909, dozens of articles appeared in German journals that described a constellation of segregation-induced psychotic symptoms including hallucinations, paranoid thinking, and persecutory delusions. Indeed, by 1890 the U.S. Supreme Court had condemned solitary confinement on psychiatric grounds, stating that it caused “a considerable number of prisoners” to become “violently insane.”

Stuart Grassian, MD, of Harvard University has studied the effects of Security Housing Units on prisoners in Massachusetts. He describes strikingly consistent symptoms that mimic those produced by other sensory-deprivation experiences. These symptoms include:

This constellation of symptoms can be induced among individuals with no preexisting psychiatric problems. Not suprisingly, however, the problem is worse for prisoners with preexisting mental disorders. Such individuals almost invariably experience a dramatic worsening of their psychotic symptoms.

Terry A. Kupers (1999). Prison madness: The mental health crisis behind bars and what we must do about it. Jossey-Bass Publishers

“Supermax: Hell on earth or not as bad as we thought?”