This is a companion to my chapter in the Handbook on the Study of Multiple Perpetrator Rape: A Multidisciplinary Response to an International Problem (forthcoming from Routledge, February 2013). In glossy advertisements and larger-than-life billboards, models of virile masculinity position themselves to violate both women and, in one case, another man. These images glorify the group subordination of women (and weaker men) as an integral component of an iconic hypermasculinity to which some young men longingly aspire. 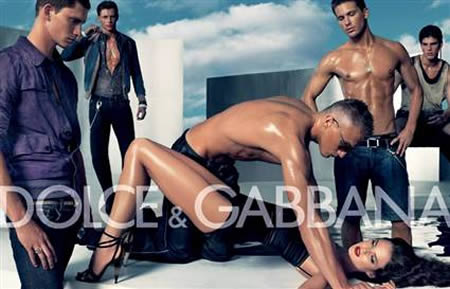 Dolce & Gabbana’s 2007 “fantasy rape” ad ran in Esquire and other magazines before public pressure led the Italian fashion company to pull it from circulation. 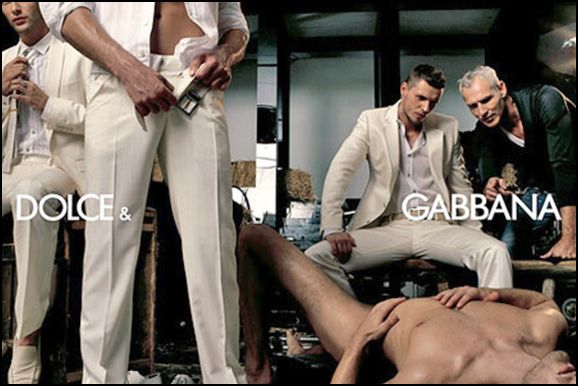 A second Dolce & Gabbana ad from the same 2007 campaign, this one featuring gay-themed violence. 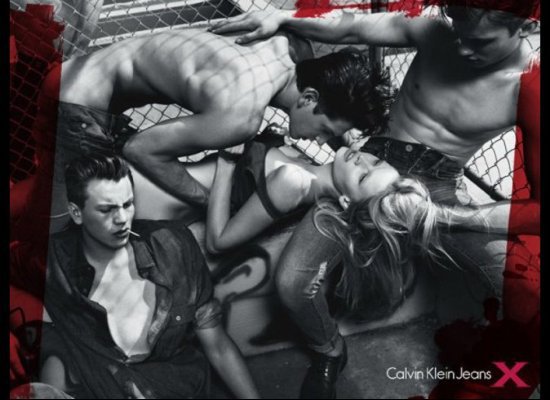 2009 Calvin Klein ad banned in Australia and elsewhere for being “suggestive of violence and rape.”

2009 ad by another Italian fashion company, Relish, led to anger in Brazil because the police molesting women motorists were dressed in the uniforms of the Rio de Janeiro force.