Much of my theoretical work involves exploring unspoken messages and biases embedded within forensic psychology paradigms. For this reason, I was fascinated when I first stumbled across the esoteric construct of “hebephilia” back in 2007. It was a made-to-order exemplar for training purposes, to illustrate the ethical pitfalls of psychiatric diagnosis in the forensic arena. 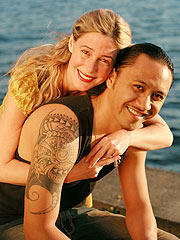 Before long, what started out as a light-hearted blog post turned into a formal research undertaking, in which I explored historical documents and legal cases to get the low-down on this obscure Greek word and its newfound popularity. My research article, the most comprehensive treatise that this formerly unheralded term has ever received, was published in Behavioral Sciences and the Law in 2010. Here is the abstract:

Hebephilia is an archaic term used to describe adult sexual attraction to adolescents. Prior to the advent of contemporary sexually violent predator laws, the term was not found in any dictionary or formal diagnostic system. Overnight, it is on the fast track toward recognition as a psychiatric condition meriting inclusion in the upcoming fifth edition of the Diagnostic and Statistical Manual of Mental Disorders. This article traces the sudden emergence and popularity of hebephilia to pressure from the legal arena and, specifically, to the legal mandate of a serious mental abnormality for civil commitment of sex offenders. Hebephilia is proposed as a quintessential example of pretextuality, in which special interests promote a pseudoscientific construct that furthers an implicit, instrumental goal. Inherent problems with the construct’s reliability and validity are discussed. A warning is issued about unintended consequences if hebephilia or its relative, pedohebephilia, make their way into the DSM-5, due out in 2013.

In 2009, researchers at a Canadian clinic began lobbying for hebephilia to be added to the forthcoming edition of the American Psychiatric Association’s Diagnostic and Statistical Manual of Mental Disorders (DSM-5). This proposal set off a firestorm of controversy and a number of published rebuttals.  For readers interested in exploring this controversy, I have compiled a list of these various publications. The article links provide only a “preview” of each article. However, the full articles may be requested from the primary authors, by clicking on an author’s name.

It’s hard to believe that a quirky little word could generate so much heat, but the stakes are surprisingly high – up to lifetime civil detention for those found to have this scientifically shaky disorder.

Invasion of the hebephile hunters: Or, the story of how an archaic word got a new lease on life (my original blog post of October 31, 2007)

Hebephilia and the construction of a fictitious diagnosis, Paul Good and Jules Burstein (2012), Journal of Nervous and Mental Diseases

Commentary: Hebephilia—A Would-be Paraphilia Caught in the Twilight Zone Between Prepubescence and Adulthood, Robert Prentky and Howard Barbaree (2011), Journal Of The American Academy Of Psychiatry And The Law [available online]

Hebephilia is not a mental disorder in DSM-IV-TR and should not become one in DSM-5, Allen Frances and Michael First (2011),  Journal Of The American Academy Of Psychiatry And The Law [available online]

The Fertility of Hebephiles and the Adaptationist Argument against Including Hebephilia in DSM-5 [Letter to the Editor] Ray Blanchard (In Press), Archives of Sexual Behavior [DOI 10.1007/s10508-010-9610-7]  (full letter also available HERE) (Blanchard’s reply to Franklin 2009)

*NOTE: This page is not regularly updated.