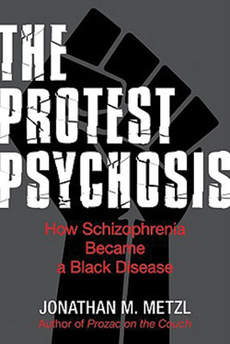 AfroDaddy.com, “The Black Man’s Survival Guide,” picked up my Psychology Today review of The Protest Psychosis: How the Black Man Became Schizophrenic:

Once upon a time, a strange thing happened at the Ionia State Hospital in Michigan: A diagnosis of schizophrenia exited the body of a white housewife, flew across the hospital, and landed on a young Black man from the housing projects of Detroit, burrowing into his body and stubbornly refusing to leave. As you probably know, Black men in the United States (as well as in the United Kingdom) are disproportionately diagnosed with schizophrenia. But what you may not know is when this pattern emerged, or why.